Perhaps it’s the consequence of vhs.

It was a big deal. The first experiment was a beta player borrowed from my uncle and Rocky III…over and over again. Eye of the Tiger has been my secret theme song ever since, simply because I can’t shake the ear warm.

Then…there was the horror movies. No more being told to cover my eyes in the back seat at the local drive-in where you watched whatever was playing just to watch something. Now we brought it to our basement rec room…where we covered our eyes because we wanted to, not because we had to.

If you want to talk about Wonder Woman…let’s talk about all those woman who survived. In a messed up, gen x saves the day kind of way, they made me believe I was capable of more than barbie and disney combined.

So here we are…a middle ager rager with a stuffed animal kind of love for the likes of Jason and Freddy…because I know I could take’em if I had to…I was trained by those that came before. 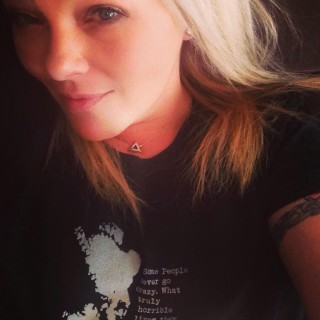